Hydroelectric power is electricity produced from generators driven by turbines that convert the potential energy of falling water into mechanical energy. Hydro power projects are classified as large and small hydro projects based on their sizes. In India, hydro power plants of 25MW or below capacity are classified as small hydro and comes under purview of Ministry of New and renewable energy(MNRE). 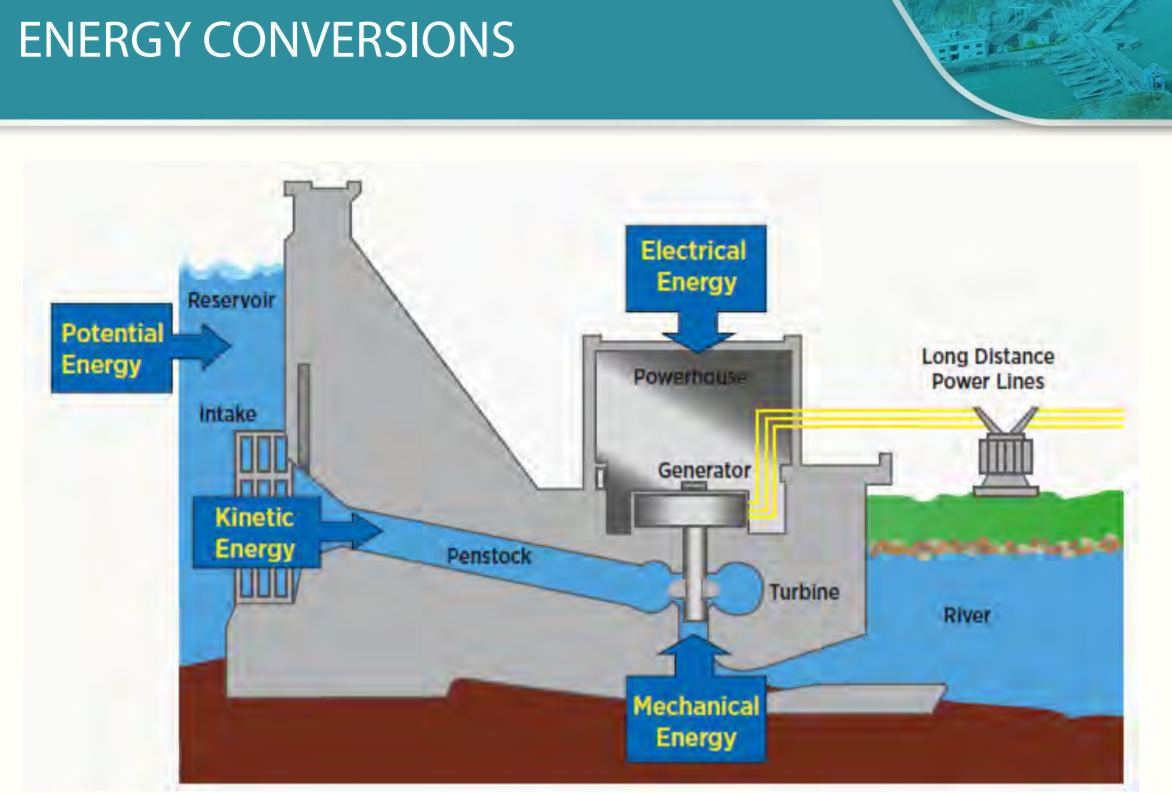 India has a history of about 120 years of hydropower. The first small hydro project of 130 kW commissioned in the hills of Darjeeling in 1897 mark the development of hydropower in India. The Sivasamudram project of 4500 kW was the next to come up in Mysore district of Karnataka in 1902, for supply of power to the Kolar gold mines. Following this, there were number of small hydro projects set up in various hilly areas of the country. Till the Independence (1947), the country had an installed capacity of 1362 MW, which included 508 MW hydropower projects, mainly small and medium. As per MNRE, the estimated potential of small hydro power plant is 20 GW across the country.

Depending upon the capacity of the project, a Small hydro Project can be classified as below: 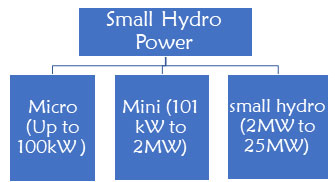 Small hydro projects can be broadly classified in the following two types:

Small streams with steep bed slopes are available in the hills, giving rise to medium as well as high head projects utilising small discharges. These schemes are normally run of the river type with a small diversion structure to divert the flows through the head regulator located in the intake portion of the diversion structure. The water conductor system would usually comprise of a diversion and head regulator, a power channel, a desilting basin, forebay, penstock, power house and a tail race leading from the power house to the stream. 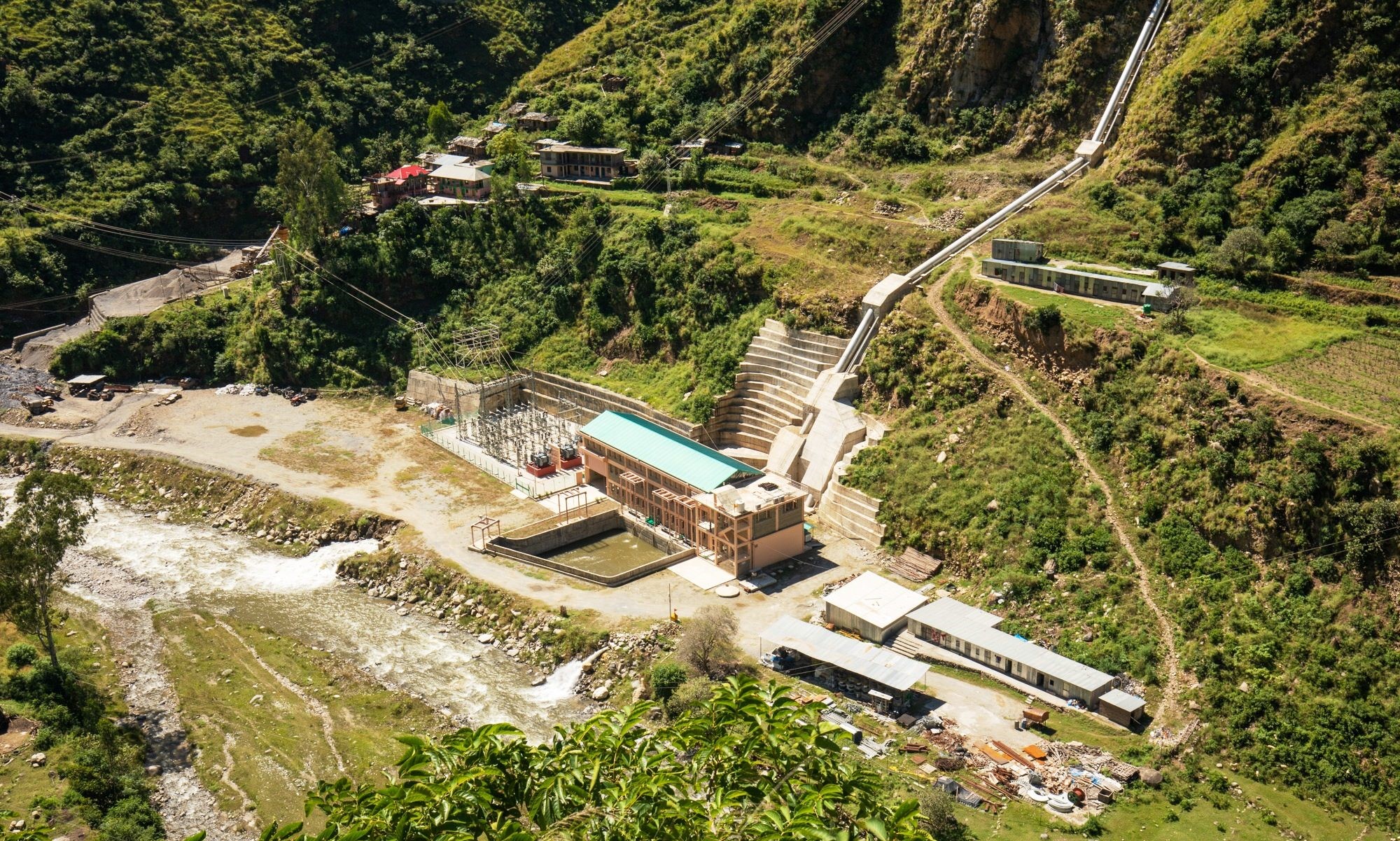 Irrigation canals carrying relatively high but assured discharges have several falls along their route. Small hydel projects utilising low heads can be constructed at such falls. Small hydel projects can also be located just downstream of a dam, barrage or similar structure to utilise the difference in the water level in the reservoir and in the canal downstream. A bypass channel to bypass the flows adjacent to the fall structure is constructed and the power house is constructed in the bypass channel. The bypass channel is suitably connected to the main channel. 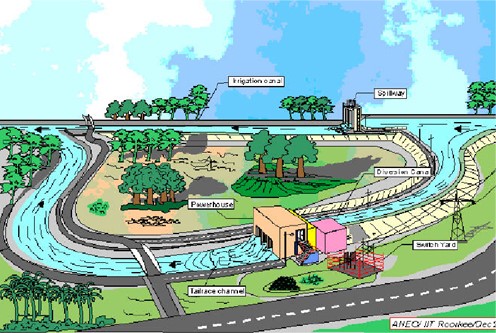 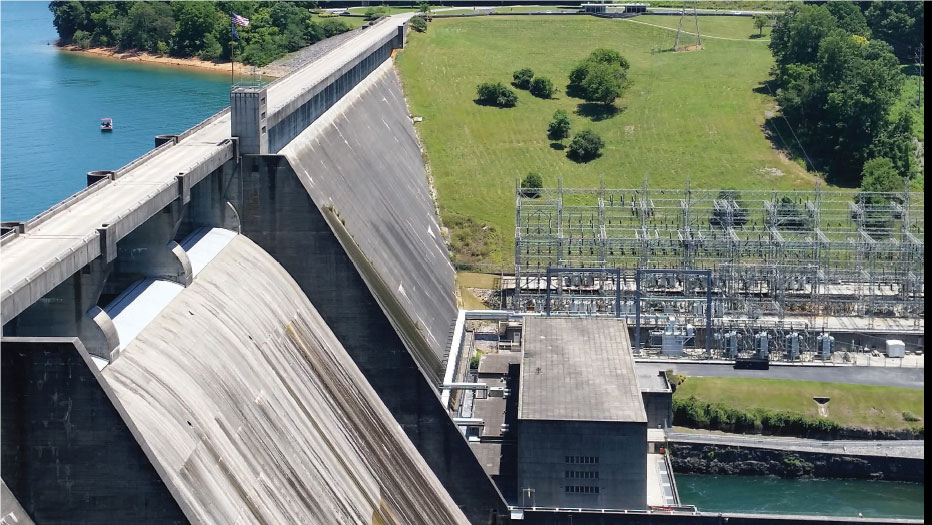 India has an estimated hydropower potential of 1,45,320 MW, excluding small hydro projects (SHPs). Several hydroelectric projects (HEPs) in India are languishing due to contractual conflicts, environmental litigations, local disturbances, financial stress and unwilling purchasers. Only about 10,000 MW of hydropower could be added over the last 10 years.

For Details of Incentives Available In the Sector, kindly refer the Ministry of New and Renewable Energy (MNRE) Website at https://www.mnre.gov.in